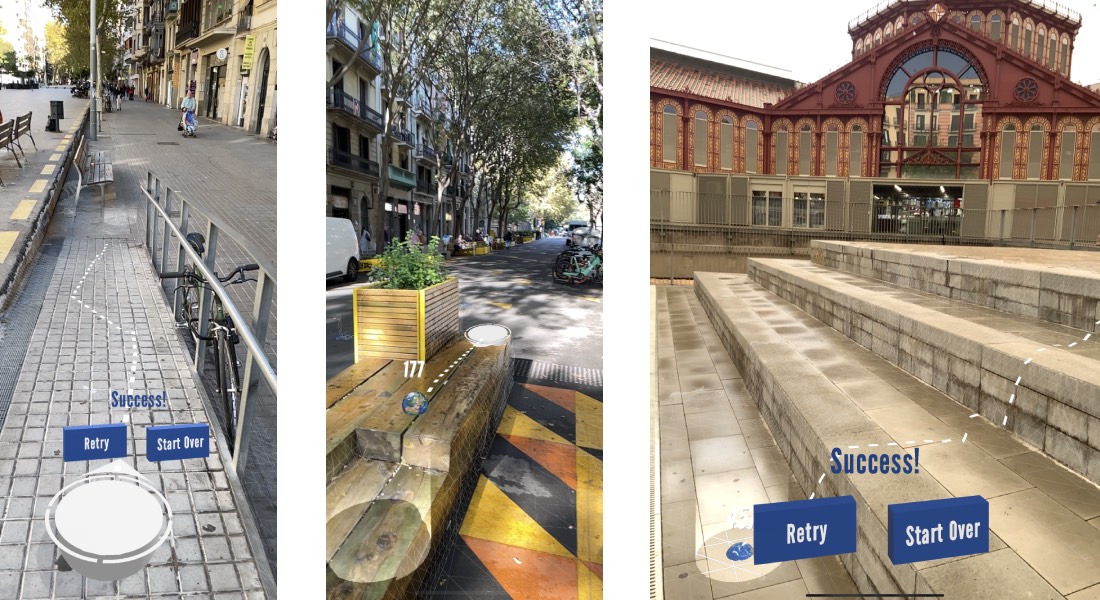 Epic Marble was one of the first games on the App Store specifically designed to take advantage of the LiDAR sensor on the 2020 iPad Pro and iPhone 12 Pro. The LiDAR data allows us to nearly instantly make a highly accurate scan of the environment for the marble to interact with. The game is beautifully simple; just place a launch pad in the world, then a goal, and try to roll your virtual marble over the geometry of the real world and into the goal.

The longer the run, the higher your score. Compete with friends and rivals on the unique Epic Marble leaderboard. Every leaderboard run is automatically recorded and the resulting video is shown right alongside your high score. We have big plans for this game. Take it for a spin and let us know what you think! 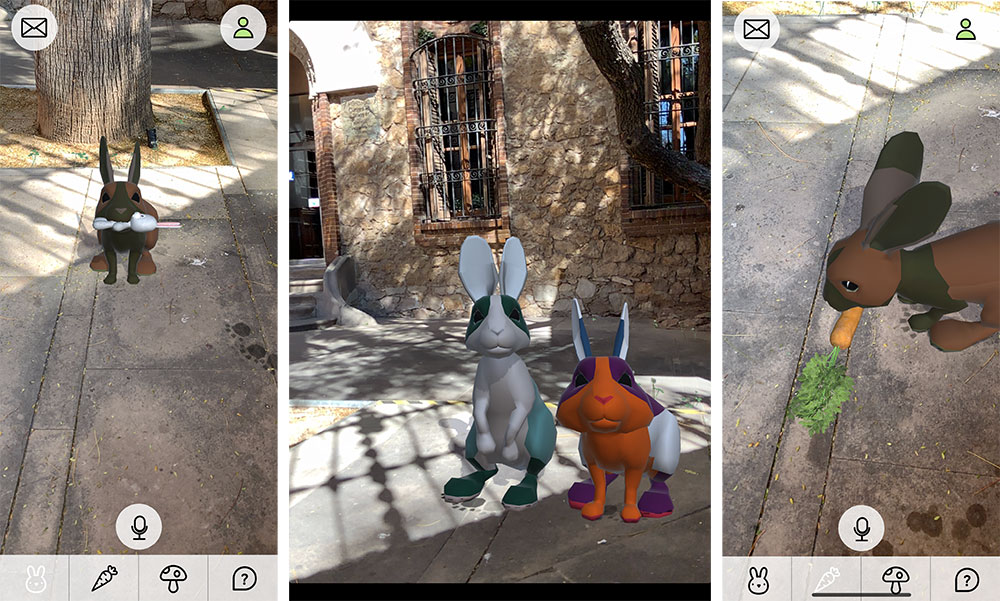 Babble Rabbit began as our entry into 6d.ai’s God Demo Challenge for prototypes that take advantage of their world meshing SDK. Our entry into that contest was called Whizzy Wig and featured a voice-controlled AR bunny. After being selected as one of the winners of that Challenge, we decided to keep working on Whizzy Wig and it eventually became Babble Rabbit.

In Babble Rabbit, you play with your own virtual bunny in whatever real-world space you are in. Your bunny responds to over a dozen commands and can do things like play fetch, hide and seek, and play dead, along with the basics such as jumping, eating, and napping. You can also take your bunny on playdates with a friend’s rabbit if you both use the app on the same wifi network.

This application allowed users to visualize thousands of flooring, countertop, artwork and furniture options within their own space. Powered by an extensive backend content management system, Genie Design served as a connection point between home decor manufacturers and end users. The app was developed prior to the release of toolkits like ARKit and ARCore. Our goal was to enable the user to produce very high quality previews of what their renovated home could look like.

Genie Design was developed in Unity3D and utilizes OpenCV to provide realistic looking reflections on surfaces, and to combine a 3D representation of the room with the 2D photo.

Built for Pepsi Max Israel to celebrate the Jewish New Year, Pepsi Max Your World invites players to record their own beat box to share with the world. When a player views a Pepsi Max bottle or billboard through their camera, the bottle comes to life and reacts to the player’s voice. Swipe the label back and forth to “scratch”, or stretch it up and down to speed up or slow down playback. Record your own loops on the real bottle or virtual bottles, and then lay down a longer “Jam” track to share on Facebook.

Patched Reality provided technical design and all development for the iPhone and Android apps. 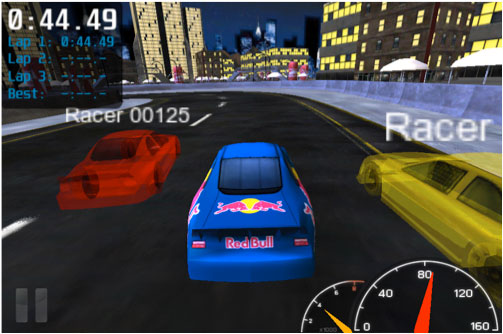 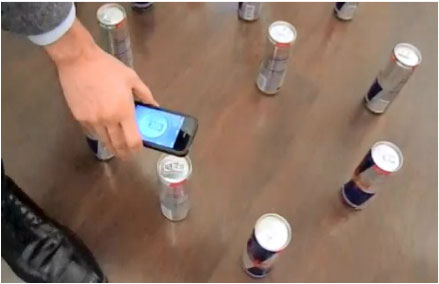 A Webby Awards Honoree. A 3D racing game that allows the player to create their own tracks by using the phone’s camera to trace the outline of a set of cans laid out in a track shape. Players’ tracks are submitted to a global listing where all can race them. Every race is recorded for use as an asynchronous ghost for others race against. Game also features leader boards and social sharing. Patched Reality provided technical design and app development. (3d driving engine developed by a 3rd-party.)

Make Your Own HBO

A project for BBDO and Circ.us that allowed users to "Make Your Own HBO", by controlling sock puppets on their hands to re-enact an HBO scene. Videos were uploaded and shareable with friends through the HBO website. 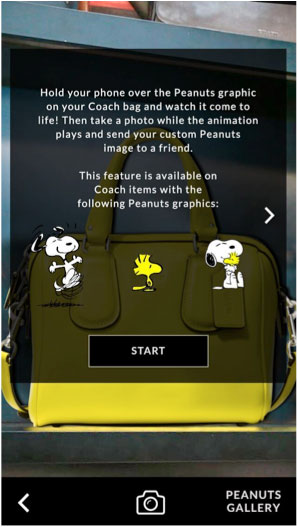 Peanuts characters come to life on COACH handbags. This was an AR experience embedded in the main COACH X app for a promotional period. Patched Reality provided technical design and development for the AR Experience. 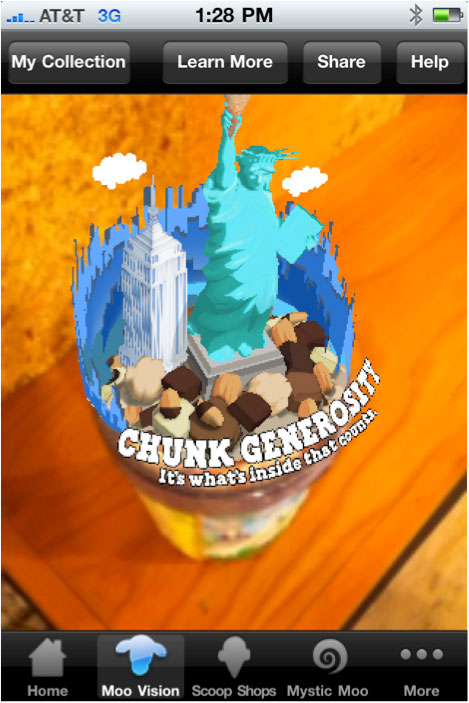 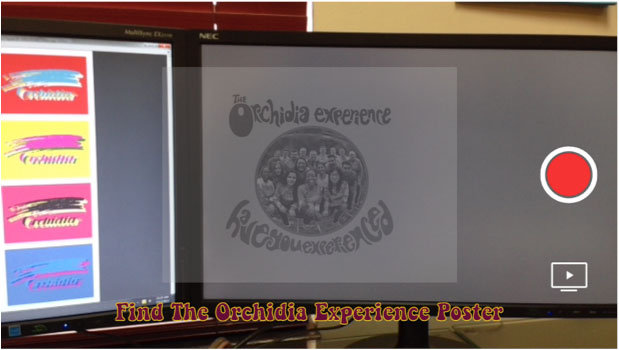 Orchidia Fragrances wanted an experience that showcased their 14 fragrances in a captivating way. In the iOS and Android apps, waving names of the fragrances intermingle with iconic 70s imagery and colored smoke. The AR experience allows a user to record their experience and share it on Facebook, Twitter, and YouTube. 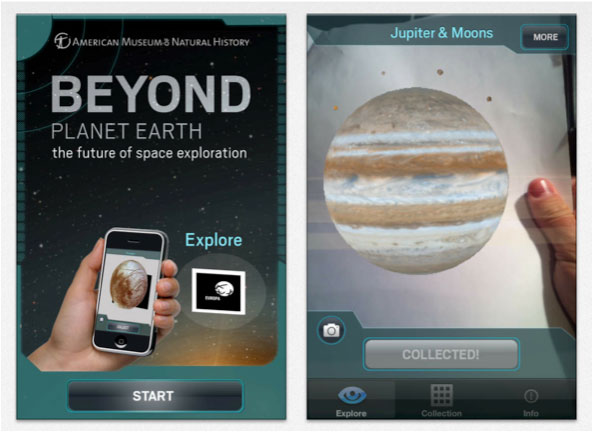 This app was built to support as a companion to the exhibition Beyond Planet Earth: The Future of Space Exploration at the American Museum of Natural History, which opened in November of 2011.

Using the app, visitors could find a Mars-bound spaceship, glimpse a near-Earth asteroid, watch a lunar elevator take off from the Moon, and more. Users were instructed to look for eleven AR icons sprinkled throughout the show. Then, using the camera on their iPod touch or iPhone to activate the icon and unlock animations. They could then share images by email or post to Facebook and Twitter. 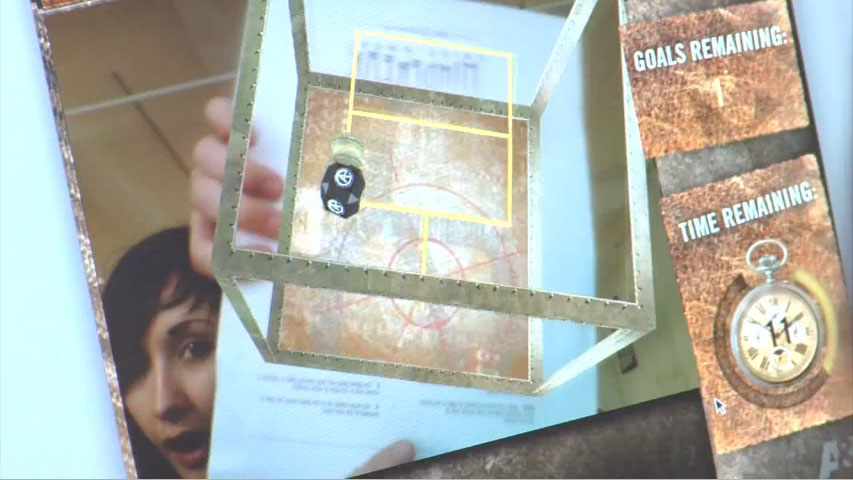 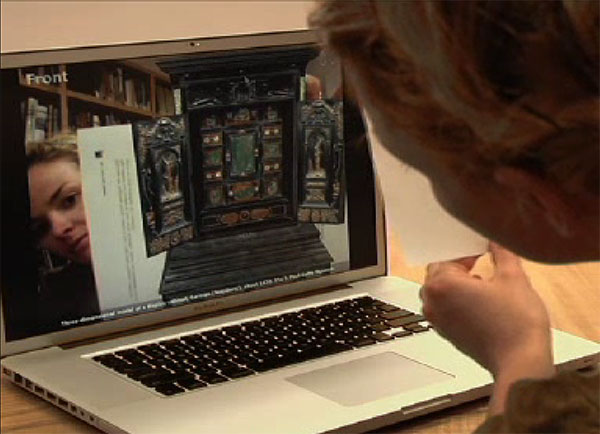 This AR experience was part of a web experience that showcased one of the most complex objects in its collection, a 17th-century display cabinet from Augsburg, Germany. Through AR, visitors to the Getty’s website were able to achieve unprecedented access to this fascinating object.

The AR feature allowed users to experience the Augsburg Cabinet via a 3-D object overlay on a live video feed from the viewer’s webcam—in this case, a simulation of the cabinet. The model spins, tilts, and responds as the viewer interacts with it, creating a sense of participation. This experience is caused both by the viewer's presence in the live video along with hand-eye engagement used to control the cabinet's movement.